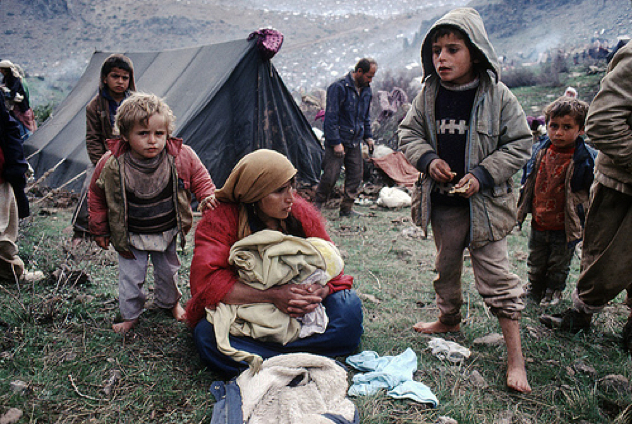 The Kurds are an ancient Iranian ethnicity spread out across several nations in the Middle East. It is estimated that just under twenty percent of Iraq's population is Kurdish, with most settlements in the northern part of the country. They have historically been at odds with the government of Iraq, and tensions came to a head during the Iran-Iraq War of the 1980s, when Saddam Hussein's Ba'athist regime perpetrated the al-Anfal Campaign. The campaign was led by Hussein's cousin, Ali Hassan al-Majid, whose use of mustard gas, sarin, and VX nerve gas among other substances earned him the nickname "Chemical Ali." It is estimated that more than 180,000 Kurds were killed, with several thousand more still unaccounted for. Chemical Ali was captured by the American military and executed for war crimes, including his role in the Kurdish genocide. 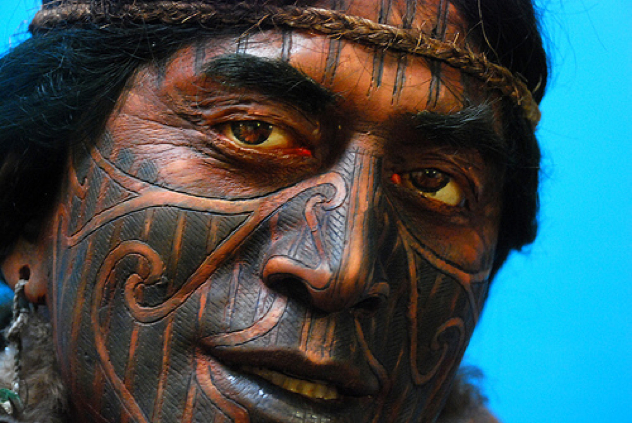 The Maori are the indigenous Polynesian people of New Zealand. They have dwelled in the area for some eight hundred years. About five hundred years ago, a group of Maori migrated to the nearby Chatham Islands, where they began their own society that focused on peaceful living. They called themselves the Moriori. The remaining, warlike Maori tribes soon came into contact with Americans and Europeans, and while initial meetings sometimes ended in cannibalization of the foreigners, the Maoris highly valued Western guns―so trade flourished. Beginning in 1835, the now well-armed Maori arrived at the Chatham Islands, where they proceeded to murder and devour their defenseless cousins. Those who survived were enslaved, and forced to intermarry with the Maori. In less than thirty years from the moment of contact, there were only 101 Moriori left. The last pure-blooded Moriori died in 1933. 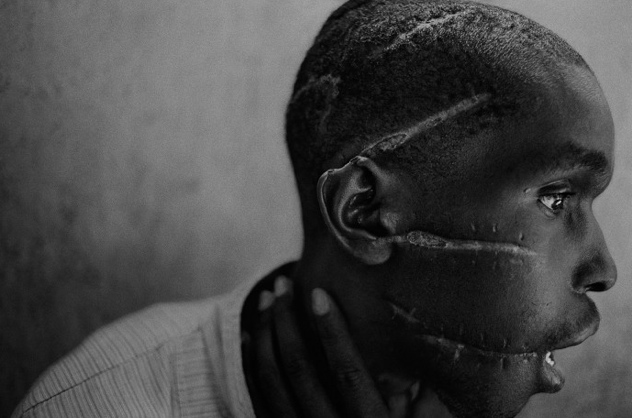 Like the Maori and Moriori, the Hutus and the Tutsi likely originated from common ancestors―offshoots of the Bantu people. In fact, there was little delineation between the two at all before the arrival of Belgian and German imperialists. The Europeans divided the two groups mostly by economic status, with Tutsis being wealthier (the ownership of ten cattle being the base requirement). Indeed, if a Hutu came into money, he could change his status to that of a Tutsi. For many years, the Tutsi were the prevailing class in Rwanda, enforcing their rule in some cases with great violence against the Hutu people. But in the early 1990s a revolt began, which saw Hutus engaging in the wholesale slaughter of Tutsis. Hundreds of thousands were killed―the preferred method of execution being the machete, as ammunition was too expensive and difficult to come by. Rape, mutilation, and the deliberate spread of disease were also used as tools of terror. There are highly divergent accounts of the final body count, with some people claiming that there were five hundred thousand victims, and others that there were well over a million. 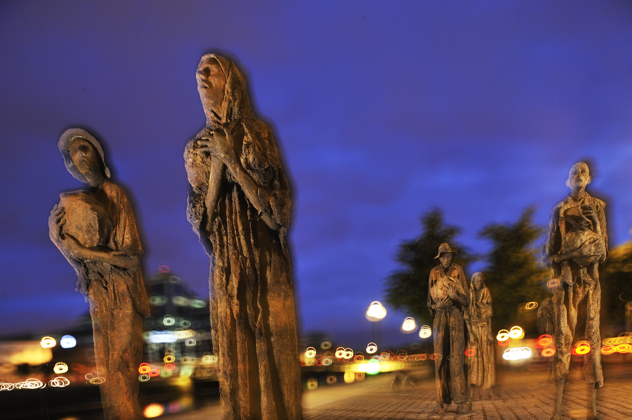 While the British cannot be directly blamed for the blight which caused the Irish Potato Famine, many historians have argued that their failure to act could be construed as an act of genocide. For centuries, there has been bad blood between the largely British and the Catholic Irish, continuing to this day with the actions of separatist groups like the Irish Republican Army. Ireland was a fertile land, and had for many years exported crops to England. When the Irish had been threatened by blights in the past, England had closed its ports to exports, allowing the Irish to maintain a food supply. But this time―even as hundreds of thousands of people began dying of disease and starvation between 1846-1852―no regulations were established. Wealthy British landowners kicked farmers off their land, when they were unable to pay rent. As a result, over a million Irish died, and another million were forced to emigrate. 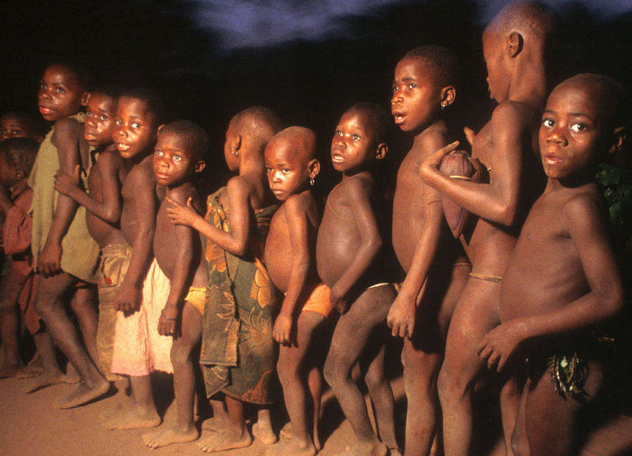 The pygmy tribes are found in central Africa, and while they comprise several tribes, the general term is used to describe people whose adult males are less than fifty-nine inches tall. Although there are several theories as to the reason for their tiny stature, no one has truly pinpointed the reason. The pygmies, who are a largely primitive, forest dwelling people, have suffered terribly during Congolese civil wars fought in the region. Pygmy representatives have appealed desperately to the United Nations, claiming that rebel factions such as the Movement for the Liberation of the Congo have been hunting and cannibalizing their people as though they were wild animals. There are only an estimated 500,000 pygmies remaining, and their numbers are sharply declining in the face of slaughter and deforestation. 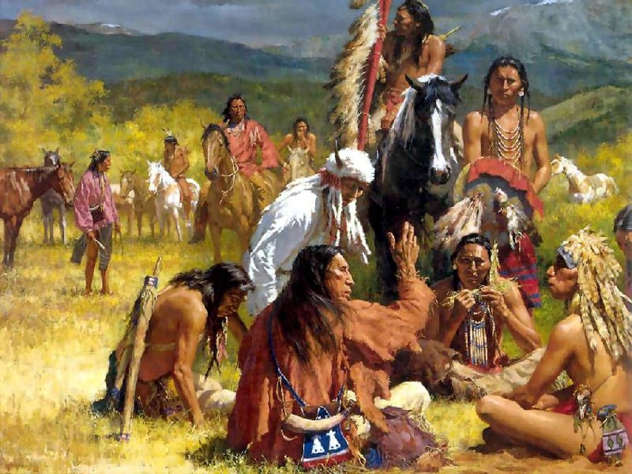 It is impossible to determine exactly how many natives were present in the Americas before the arrival of Christopher Columbus; but even conservative estimates usually put the number at a minimum of one million. In the years following 1492, a deluge of Europeans arrived, each wave more determined than the last to seize control of the New World's vast natural resources. The only thing standing in their way were the native populations, who, as it turned out, weren't always willing to share. In South America, Francisco Pizarro slaughtered the Inca. In Mexico, Hernán Cortés destroyed the Aztecs. But most devastating of all to the native populations was disease―notably smallpox―for which they had no immunity. Whether or not the Europeans intentionally sought to infect the indigenous people is a highly contentious point―but regardless, the result was horrifying.Millions and millions of natives perished, to the point where wolves were devouring them alive as they writhed in their villages. Today, the population of Native Americans is widely scattered, and many tribes and ancient customs have been lost forever. 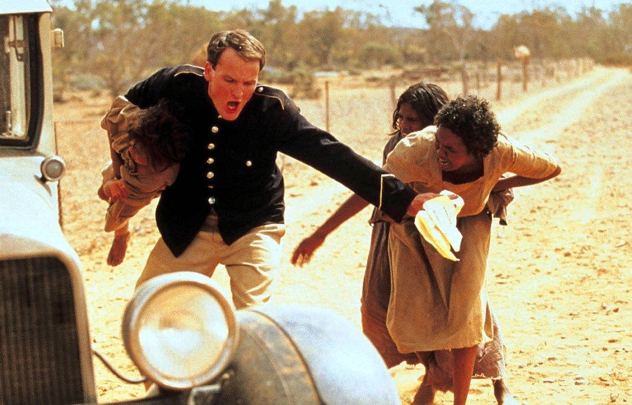 The Aborigines are among the most ancient races in all the world. Recent DNA tests indicate that they are of Asian origin, having arrived in Australia 50,000 years ago or more. Beginning in 1909 (and continuing into the 1970s), the Australian government instituted a policy of removing Aboriginal children from their parents. The precise motivation behind this program is still up for debate, with some claiming they were taken in order to "protect" them from the primitive ways of their parents. Others believe that the children were taken to either prevent miscegenation with whites, or to encourage it―the aim in both cases being to destroy any trace of their native heritage. Historians debate whether this constituted genocide at all, but in 2008, the Australian government proffered a formal apology to the "stolen generation." 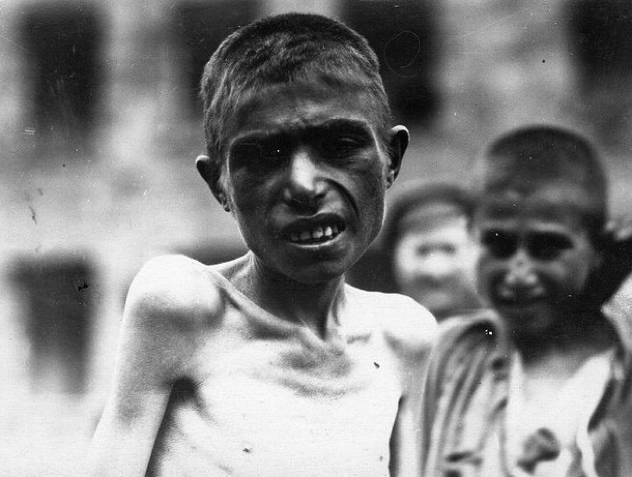 The Ottoman Empire, whose center point during its declining years was modern-day Turkey, was responsible for a great many human rights violations―none more horrifying than the Armenian Genocide. Beginning in 1915, while the rest of the world was distracted by World War One, the Ottomans turned fiercely on the Armenians, a Christian minority. Although not so nearly well known as the Holocaust, this genocide was every bit as horrible. Able-bodied men were slaughtered, and women and children were forced to embark on death marches through the Syrian desert. Entire villages were burned to the ground with their inhabitants still inside, and boatloads of Armenians were taken out into the Black Sea and sunk. There were at least two dozen concentration camps established, where poisoning and gassing occurred. Innocent children were injected by Turkish doctors with the blood of typhoid fever patients. Again, the true death counts are up for debate, but estimates of between 600,000 and 1.8 million dead Armenians have been advanced. 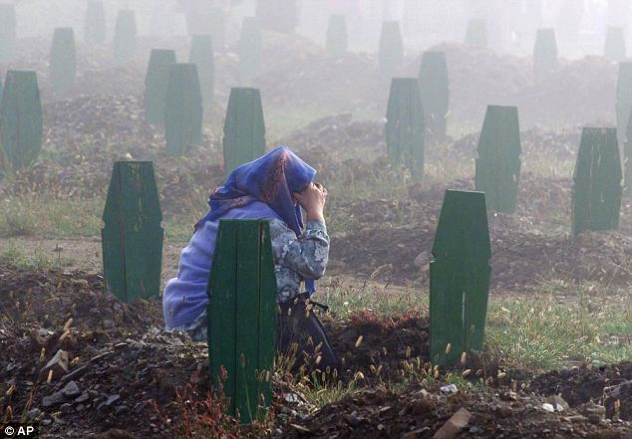 The fall of the Soviet Union had far-ranging sociopolitical consequences, none more devastating than in former Yugoslavia. Beginning in 1990, the country began splintering into republics, leading to intense ethnic tensions and population displacement. The worst of the crimes occurred in the newly-formed Bosnia, with General Ratko Mladić of the Army of Republika Srpska leading the execution of thousands of Bosnian Muslims and Serbs in an attempt to "ethnically cleanse" the area. A measure of peace in the area was finally established in 1995, but only in the wake of more than twenty thousand casualties―most of them the result of executions, fires, rapes, and even public beheadings.